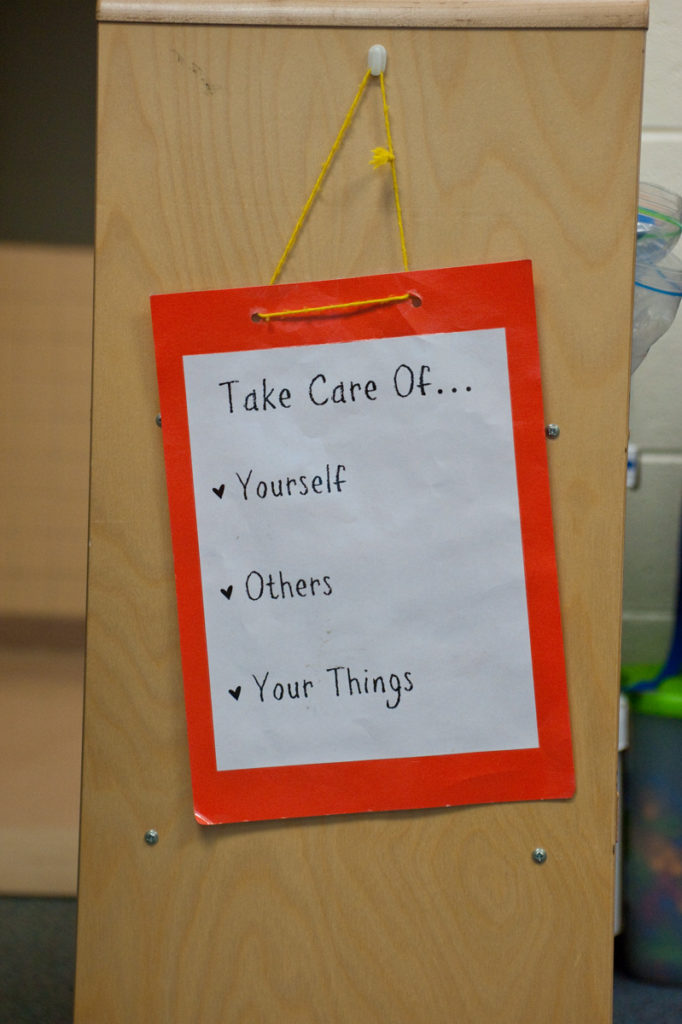 And these systems do work, but only in the short-term. At first, students are in awe of the novelty. They initially like the idea of being able to earn points or have their clothespin on the blue card, and they’re eager to please their teacher by demonstrating their absolute best behavior; they want to be good even if they are unclear about what that means.

However, public discipline systems quickly lose their novelty and cease working. Children who continuously lose points, are placed on red, or have their name written on the board are publicly humiliated, and for many that experience increases the negative behavior. Some children who are consistently on green or blue do not enjoy being pointed out and are embarrassed when their good behavior is publicly recognized. Other students find it difficult to maintain the illusive standard of good behavior and will lie or cheat to keep their points or stay on green.

For example, the three “Rs” of Teacher Language:

Sometimes students need more than a cue or a redirection to correct their behavior. In that case, logical consequences can do the job. Unlike punishments or public demerits, logical consequences help children connect their behavior to its effects and repair any damage that behavior may have caused. Logical consequences are also respectful of the child. Examples: If a student fools around and spills water all over the bathroom, a logical consequence might be that he cleans up the water. Or if a child accidentally deletes her partner’s computer work, she needs to find a way to help her partner recreate the work. If a student is losing self-control during group work, you may direct her to take a positive time-out, a break from the action so she can regroup mentally and emotionally.

Logical consequences need to be introduced carefully and used skillfully if they’re to remain non-punitive. When they are used non-punitively, they’re a powerful way to restore children to positive behavior and help them learn from their mistakes—all while preserving their dignity and maintaining calm and order in the classroom.

So whenever you’re tempted to turn to a public discipline system —for example, during long stretches of indoor recess, before or after holidays and vacations, or as the school year closes—remember that this quick-fix will not result in long-term behavioral changes. In contrast, using Responsive Classroom practices can give you the long-term improvement you’re looking for: teacher language helps children know precisely what they’re doing well and what behavior they should continue; using logical consequences helps children repair and learn from their mistakes; both of these practices help children create a repertoire of positive behaviors to call on in the future. And developing children’s ability to select positive behaviors is what discipline is really all about.

Teaching Without Using Rewards
I Didn't Do It!
When Students Need More: Taking the Long View
Waiting to Speak