Q & A with Matt Miller 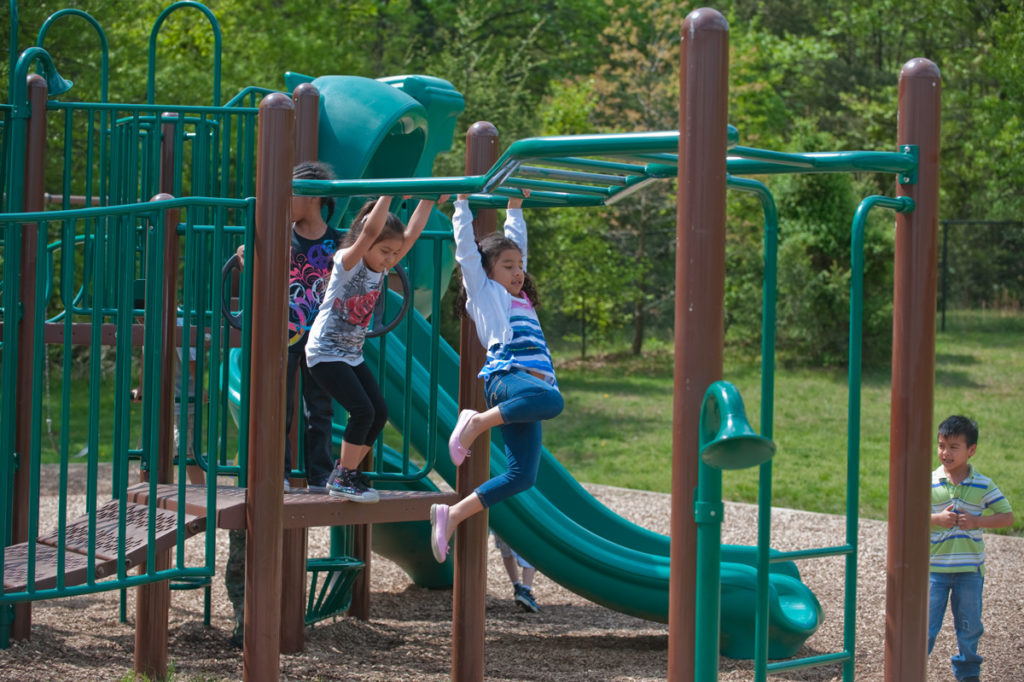 Last week, when the national news media picked up a story about a 2nd grader’s idea for making recess work better at his school, Roundtown Elementary principal Matthew Miller contacted us right away. “I want you all to share in the excitement and celebrate this,” he said, “because the idea of the Buddy Bench has its roots in Responsive Classroom and the positive environment we’ve created at Roundtown. We would not be where we are without you!”

We couldn’t be more excited for the Roundtown community, 2nd grader Christian Bucks, and Matt Miller, who, along with a cohort of educational leaders from the Central York School District in York, PA, have been leading successful Responsive Classroom initiatives at their schools for many years.

We caught Matt for a few minutes between being interviewed for the TODAY show and responding to a flood of inquiries from schools and got the behind-the-scenes story.

Responsive Classroom: How did this story start?

Matt Miller: Christian came to me last May and shared the idea of having a bench on our playground to help kids find playmates and make friends. I loved the idea; it was a perfect expression of the environment we’ve worked to create at our school:  a community of learners who take care of each other. I told Christian it was a great idea, and that I’d be asking for his help making it happen next year.

RC: Is it unusual for a student to come to you with an idea like this?

MM: Actually, not really! Christian is a particularly compassionate boy, but at our school we’ve really focused on creating a culture where children feel comfortable sharing ideas and where they see themselves as problem-solvers. We’ve been focusing on persuasive writing schoolwide, and I get lots of notes from students. We also ask for (and follow up on!) the students’ ideas for improving school climate in qualitative data surveys that are given districtwide.

Another thing we’ve been doing for a while now is really celebrating new ideas and learning as a community: for instance, that’s been a focus of our all-school meetings. Since we already had that in place, one of the things I asked Christian to do was to explain the Buddy Bench and how it would work at an all-school meeting. That presentation was what caught the attention of a local reporter, who made a short video and tweeted it, which got the project noticed by the TODAY show.

RC: All this attention came when the Roundtown Buddy Bench was still just an idea. Do you think it will work as Christian envisioned it when it’s installed?

MM: I think there’s a good chance it will, because of all we’ve done already to make our school a safe and caring place. It’s going to be helpful for children who need more strategies for making friends and initiating play, and it will help children who have those skills in place  by giving them a way to practice showing empathy for others. The fact that it was a child’s idea and the way we’ve introduced it are important pieces as well. We’ve already modeled how to use it, and we plan to keep developing the skills the children need to make it work over the winter. When we start having outdoor recess again, I think we’ll be ready.

We do this sort of deliberate and careful teaching, with new routines and skills being modeled and practiced so children know exactly how to do what’s expected, all the time at Roundtown. It’s part of Responsive Classroom, and it’s a key component for success with something like the Buddy Bench. It’s also a piece that worries me when I think about the possibility of Buddy Benches popping up on playgrounds at schools that haven’t laid the foundation we have. A Buddy Bench won’t work without that context. It’s not a quick fix, and it’s not a way to stop bullying. In fact, if children at a school don’t already feel safe and supported, and if inclusion isn’t already part of school culture, installing a Buddy Bench will not be an effective way to help children find and make friends.

RC: This story has clearly struck a chord, though, and inspired lots of schools to work towards creating the sort of inclusive school culture you’ve established at Roundtown. What advice have you been giving people who’ve contacted you?

MM: One thing I’ve been talking about a lot is the importance of hopes and dreams. At Roundtown, thinking about and sharing our hopes and dreams for school is part of the process of creating rules for our community, but it’s more than that. At our school, hopes and dreams are alive everywhere—we post them in our school’s common spaces, and we teach that when good things happen they often begin as a hope or a dream. But again, for this to work, the school must be a place where students feel safe taking risks, being themselves, and sharing ideas. At Roundtown, we’ve gotten to that place by using Responsive Classroom practices, so I’ve been talking a lot about that, too.

Another thing I’ve told people who’ve contacted me is that it’s so important to find ways for students to share their ideas, to really listen to what they have to say, and to celebrate them. That’s a goal we’ve been working toward—to have a school culture where everyone feels empowered to solve problems and, ultimately to make the world a better place. What happened here is not luck and it didn’t happen all of a sudden; it’s an example of what we’ve been working toward for a long, long time.