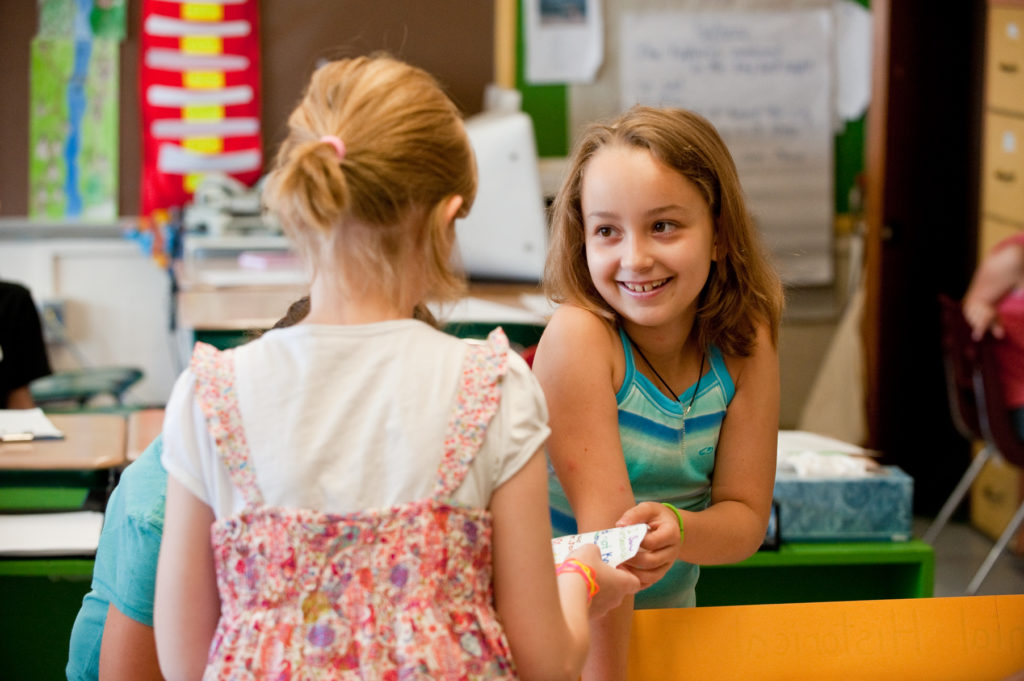 Jane, a fourth grade teacher, was reviewing compliments her students had given one another on a recently completed set of projects. On sticky notes, the students had written things like “It looks like you put a lot of time and effort into your project,” “I noticed you put very detailed information,” and “Your headings are cool and because of your pictures, I know exactly how the Eiffel Tower looks.” Sound familiar? It did to Jane, who was amazed at how this student feedback resembled positive teacher language. And like reinforcing language that a teacher might use, these compliments encouraged and energized students to share even more about their topics and learning processes with one another.

Telling students what they’re doing right is one of the most powerful tools we have for helping them solidify and build on their positive behaviors and skills—and teachers aren’t the only ones who can provide this type of support. Students can also encourage each other through the effective use of giving compliments. Like all skills, giving compliments needs to be taught and practiced. It may help to start the discussion with a story or book in which one character compliments another. And teachers can use the process of Interactive Modeling to show what it looks and sounds like to give a compliment.

Putting compliments into action in the classroom

Once students know the basic steps for giving and receiving compliments, it’s time to practice. One way to do this is through a compliment circle students prepare for throughout the day. Here’s one idea for how to do it.

For elementary school students, allow enough time at closing circle (a full 10 minutes is a good idea) so that everyone has time to give and accept their compliments without feeling rushed. For middle school students, doing a compliment circle in a Friday Responsive Advisory Meeting can be an inspiring end to the week. Similarly, doing a compliment circle first thing on a Monday morning can provide a smoother, more positive transition back to the school routine.

Moving beyond the compliment circle

After students are comfortable with giving compliments, they can expand the ways they use this skill throughout the school day, inside and outside the classroom.

While you may not hear every compliment students give one another, you can respond when you do hear one so that you reinforce the skill over time. And remember, compliments are good for teachers, too! Demonstrate how to accept a compliment gracefully any time a student gives you one.

When students build the skill of giving compliments, they’re able to use language to identify and affirm positive social and academic behaviors, just as teachers do with reinforcing language. This helps students play an active part in building a strong and supportive classroom community. 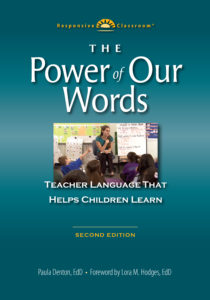 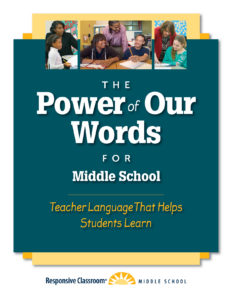