How to Talk With Parents about Cliques and Exclusion 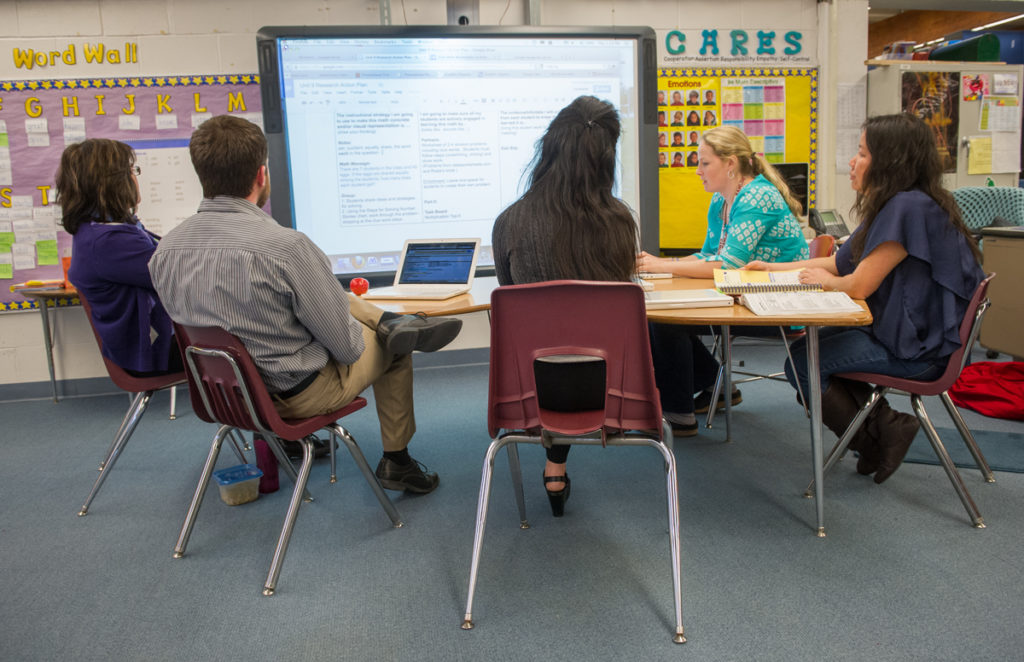 Early in the school year, share with parents school and class expectations related to exclusion. You could do this in a letter or at back-to-school night. Give them a broad understanding of why inclusion matters and how it helps every child develop better social-emotional and academic skills. Also, share with parents some of the strategies you use to promote inclusive behavior.

Throughout the year, if children form cliques or engage in other acts of exclusion, you’ll have to communicate this news to parents—parents of children who have been excluding others and, depending on the situation, parents of children who have been excluded. Or the first time you learn of an incident of exclusion might be when a parent contacts you. No matter how you become aware of the situation, be prepared to address it promptly, objectively, and with sensitivity.

Talking to Parents of Children Who Exclude

When parents learn that their child has been excluding others, they may react in different ways. Some parents become defensive. They may feel that their child’s friendships are none of our business. They may even speak of their child’s “right” to make her own choices and hang out with whomever she wants.

Other families worry about what this behavior reveals about their child’s character. They may wonder how their child became so interested in being popular and so uncaring about other children’s feelings. Many parents seem to fall somewhere in between—somewhat concerned, but also wondering if you or the school are making too big of a deal of things.

With any parent whose child excludes others, be explicit about what you have noticed (facts only), how the behavior is affecting their child, and how it’s hurting others. If parents react angrily, remember that you don’t have to convince them to agree with you. Instead, respectfully convey that you appreciate their point of view. Then, explain that it’s your job as a member of the school staff to provide a learning environment in which all children feel safe so that they can be successful students.

Talking With Parents Whose Child Excludes Others

If a parent says something like this: “This sounds like ordinary kid stuff. It’s normal for kids to like some kids more than others. I don’t expect Kyle to like everyone. That’s unrealistic.”
Try this: Acknowledge the parent’s view; describe the child’s specific behavior and the behavior goal: “You’re right. It’s common for children to like some classmates more than others. However, when Kyle keeps telling certain boys that they can’t play on the only basketball court we have, he’s not following our rule of being respectful to everyone. So, I’m suggesting that we work together to help Kyle learn how to maintain his friendships while also playing with all his classmates, even those he may not like.”

If a parent says something like this: “We just want you to know that we don’t encourage this behavior. When we talk to Tonya about it, it seems as if she doesn’t even hear what we’re saying.”
Try this: Offer reassurance; refocus on solving the problem: “I doubt it’s anything you did or didn’t do. Many children experiment with cliques as part of their social development. And sometimes, as we’re finding with Tonya, it requires several strategies to help a child move past these behaviors. Why don’t I share what I’ve been trying at school?”

If a parent says something like this: “Other kids do this kind of thing, too. Why are you singling out Wendi?”
Try this: Ask for clarification: “Could you tell me more about why you think I’m singling out Wendi? That’s not my intention.”
OR
Reassure and then refocus on the child: “For confidentiality reasons, I can’t discuss what’s happening with other students. But I want to assure you that I respond right away whenever I see or hear about exclusion. For today, I’d like to discuss how we can help Wendi.”

Be prepared in case the conversation becomes personal or highly charged. Keep your cool, so you can respond empathetically and encourage a calm and thoughtful discussion. Remember also that parents are likely to be more accepting of news of exclusion if you’ve previously told them about their child’s positive attributes.

Talking to Parents of Children Who are Being Excluded

Finding out that their child has been excluded or feels isolated at school can be devastating to some parents. They may question whether they have given their child what he needs to succeed socially or whether they could have done something to prevent the pain their child has experienced. So be sensitive. You need to convey the facts so that parents fully understand the situation, but perhaps you don’t need to relay every detail about every incident.

If parents tell you about an incident that you were unaware of, let them finish what they have to say before responding. Refrain from jumping in too quickly or becoming defensive. Be especially careful not to imply that it’s the child’s fault he’s being excluded.

Also, if you’re learning about an incident of exclusion for the first time from parents, you may want to suggest that you take some time to talk to their child and observe the times of day when the exclusion is occurring. Although our teacher instinct is often to solve problems immediately, we’re more likely to succeed if we first observe and consider the full measure of the situation. Again, be prepared for some conversations to feel personal. Try to maintain an empathetic and thoughtful response to what parents say.

Talking With Parents Whose Child is Being Excluded

If a parent says something like this: “This is my fault. I work so much that we don’t have time to invite other children over. I also don’t let him watch TV, so he doesn’t know about some of the same things his classmates do.”
Try this: Emphasize it’s never the excluded child’s fault; refocus on solving the problem: “I assure you that it’s not your fault or Ken’s. Excluding other people is never OK; that’s what we teach. I’m working with the students who were mean to Ken and helping the whole class get to know him better.”

If a parent says something like this: “She’s feeling bad about her clothes. She thinks that if she looked different, they’d let her sit with them at lunch. We just don’t have the money to buy the kinds of clothes and things those girls have.”
Try this: Express empathy; reassure that you’re addressing the problem: “I’m so sorry this happened. I know how hard it is and want to reassure you that I’m working to stop the mean behavior. Let’s make a plan to stay in touch.”

If a parent says something like this: “This has been happening since kindergarten. That girl Kerry has tried to be the queen bee since day one, and the school has done nothing about it.”
Try this: Acknowledge feelings; reassure that you’re addressing the problem; refocus on child: “I know this has been frustrating. It’s the first I’ve heard of a clique forming. I can’t discuss how I’m addressing Kerry’s behavior, but I can assure you it’s being addressed. Getting back to Lara, what do you think would help her going forward?”

An adapted excerpt from “Cliques” in Teasing, Tattling, Defiance and More, by Margaret Berry Wilson

What to Say to Parents Now
Talking with Parents about Problems
Valuing Cultural Norms That Differ From Your Own
Having Effective, Affirming, and Energizing Conversations with Families