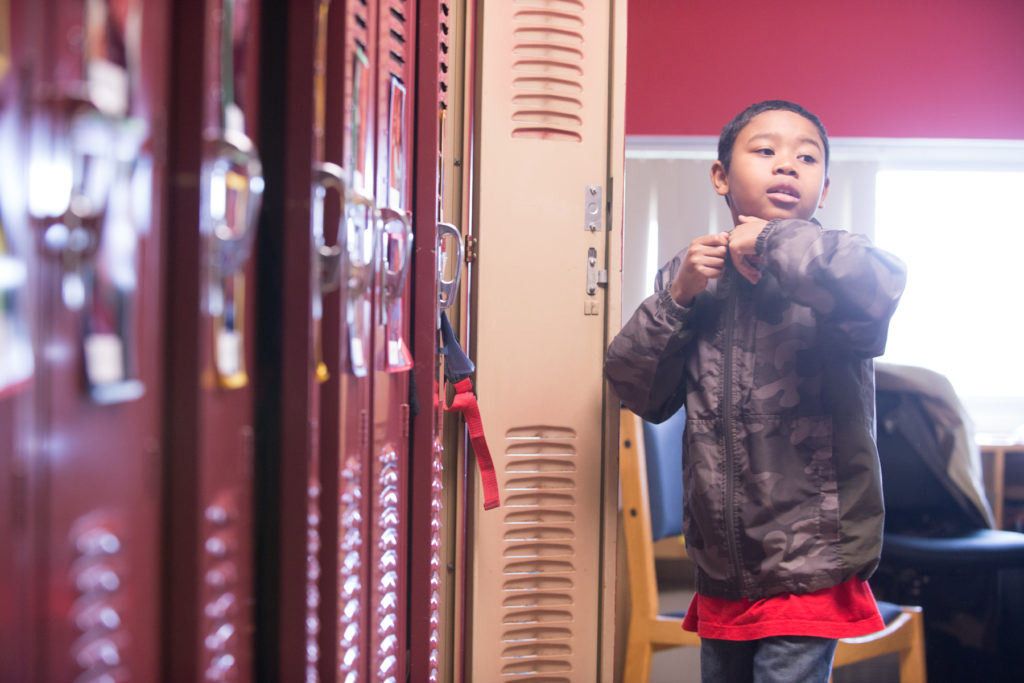 A few years ago, at dismissal time at Four Corners Elementary School in Greenfield, Massachusetts, 229 students in grades K through 5 would leave their classrooms simultaneously and head for the school’s front door, where a bottleneck formed each day. School staff, recognizing that this situation often left children feeling anxious and frustrated as they left school, decided to re-examine the school’s dismissal routine and see what they could do to make it a smoother experience. Working together, they found a simple way for all students to move out the front door in an efficient and orderly fashion, ending the school day on a more positive note for everyone.

Collaborative visioning and problem-solving were keys to the initiative’s success. First, the school’s adults talked about how they wanted dismissal time to be and agreed that improving traffic flow was their main goal. Then they identified things standing in the way of that goal:

With a common understanding of the problem and a shared goal, the staff devised a new dismissal procedure. Here are the main elements of the plan they devised:

As they would when teaching any new routine, Four Corners teachers taught the new dismissal routine by showing students what each part of the journey was supposed to look, sound, and feel like. Then students practiced, while the adults watched and named specifically what children were doing well, such as “I noticed that all of your hands stayed at your sides when you walked down the hallway today.” Because the expectations for moving through the hallways were the same schoolwide, any adult could offer such reinforcement or provide reminders when students needed them.

Four Corners’ new dismissal routine made this potentially chaotic time of day calmer and more efficient. On a typical day, it took about ten minutes for twelve classes to exit the building. Because all students in each class packed up and left their classroom together with their teacher, dismissal time was less rushed, and children were less likely to miss their busses.

Walking down the hallway together and doing high fives at the door created a relaxed atmosphere and ended the day on a positive note for students and teachers. Time spent waiting while another class exited allowed teachers to touch base with students informally, and students to chat and wave to friends in other classes. Many nonteaching staff helped out at dismissal time as well, making this a daily time when the whole school community came together.

Craft a Dismissal Solution That Fits Your School

Your school may have more students than Four Corners, or separate exits for bus riders and walkers. But no matter your starting point, you can craft a dismissal solution that brings the day to an efficient and friendly close. Here are some keys to success:

Whole-staff involvement. Working together from the beginning to define the problem and identify a goal helps ensure that everyone has a stake in the solution.

Foundational skills in place first. Make sure students have the requisite skills needed for routines, and teach or reteach skills as needed. For example, at Four Corners schoolwide standards for hallway behavior were already in place, and children knew how to give gentle high fives.

A new school opened in the Four Corners school building in 2009. Staff at the Discovery School at Four Corners adapted the previous school’s dismissal routine to meet the needs of their new school community. For example:

In Our School: Building Community in Elementary Schools, by Karen Casto, EdD, and Jennifer R. Audley

One Reply to “Dismissal Time”