A Lesson Learned About Prizes 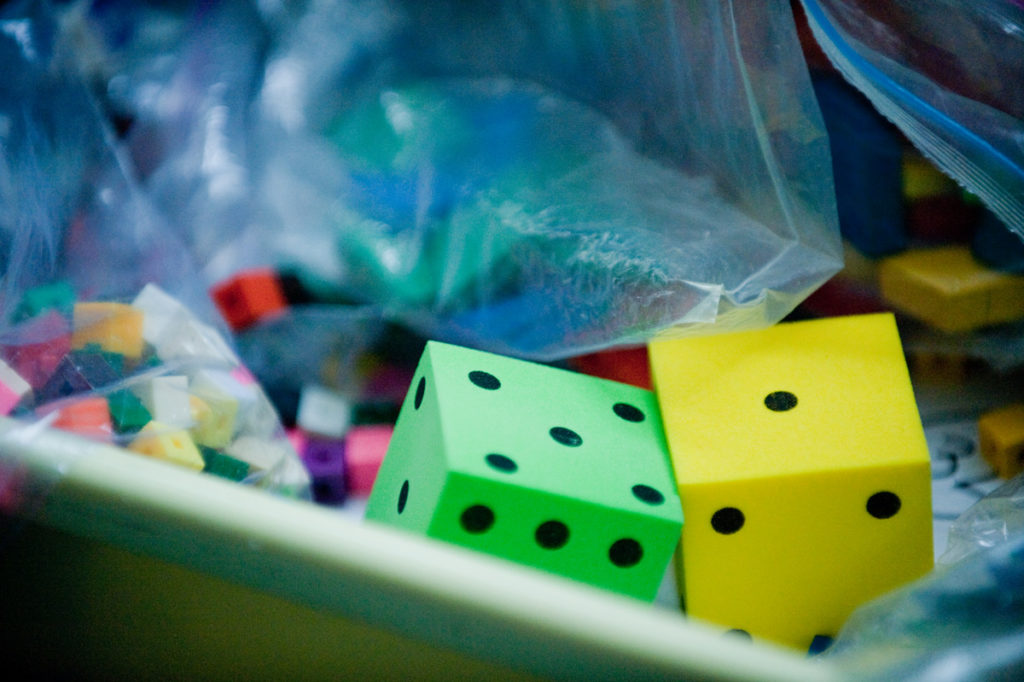 During my years of teaching, I have used individual written agreements coupled with a simple token system to give children with particularly challenging behavior the extra support they need to improve. Recently, I learned a big lesson about the effective use of these systems through a mistake I made while implementing an agreement with a student named Justin.

Justin was a child prone to violent outbursts. When other strategies (modeling; verbal reinforcements, reminders, and redirections; logical consequences; and problem-solving conferences) proved insufficient in preventing these, I added the written agreement to his constellation of supports. He and I agreed to work on the following critical skills: keep his hands and feet safe, follow the teacher’s directions, and, when he starts to feel upset, take a break to regain control.

To keep track of his progress, we’d use plastic chips. At the end of each 45-minute learning block, he and I would decide together how many plastic chips he should get for that block: Zero meant he had not met his behavior goal, two meant he had, and one meant he had made a good effort but hadn’t succeeded completely. He would keep the chips in a clear plastic bin located near my desk.

Justin was excited about the agreement. The concreteness of the chips was important to him. It allowed him to “see” how often he met his behavior goals each day. Watching the tokens build up in the container was especially motivating for him.

And I found the system helpful because it provided structured times for me to check in with Justin throughout the day, a way for me to record useful data, and a way for the two of us to measure and celebrate his progress. [Read more about how this author used an individual written agreement with Justin in this article: “Individual Written Agreements: When a Child Needs Extra Support.”]

The system was going well until something amazing happened; Justin had an exceptional day. He earned every single one of his possible tokens. So it was an especially exciting moment when he plopped that last token into his container. I congratulated him and gave him high-fives, as did the paraprofessional for our class. I was so excited that I reached into my teacher drawer and pulled out a dolphin sticker, a sticker that I knew Justin coveted. He beamed.

As I handed him the sticker, I was very clear to name why he was receiving it, saying, “Because you followed our school and classroom expectations so well today, you earned all of your tokens. And because you earned all of the tokens, you also get a dolphin sticker. Be sure to show Mommy and Daddy and let them know why you have the sticker!” Oh, it was a great moment!

However, by the first check-in at 9:00 a.m. the next day, Justin had earned only one out of two tokens. There was no way he’d receive a dolphin sticker that day, and he knew it. He was crushed. He curled up into a ball during independent work time, refusing to leave the carpet to work on his story. He grew sullen and withdrawn during read-aloud and refused to go outside for recess. During math, he sat in his chair pushing the table so the other children were unable to work. All in all, it was his worst day since beginning the token system.

After school, I reflected with our school psychologist about what went wrong. I realized that in my excitement, I had inadvertently sent Justin the message that the tokens were a way to win a coveted prize, rather than a way to mark his growth in building positive behaviors. Moreover, I’d turned our agreement into an all-or-nothing system: Once the possibility of earning the prize was gone, there was no longer an incentive for Justin to choose positive behaviors.

I learned an important lesson: that token systems can either build independence and intrinsic motivation, or, if we’re not careful, they can get children hooked on extrinsic rewards. If a child is motivated by seeing the accumulation of tokens or any other marker of progress—or simply by a teacher’s verbal recognition—we shouldn’t layer a prize on top. That child doesn’t need a prize, and in fact a prize can confuse the child and derail his progress.

The next day, I explained to Justin that it was a mistake for me to give him a dolphin sticker based on his tokens and that I would no longer be doing that. I refocused on the intent of the tokens, which was to feel good about how well he was meeting his behavior goals during class, even when he wasn’t meeting them perfectly. I said that I wanted him to be more successful at becoming more in-control, and giving him stickers based on the tokens clearly wasn’t going to help with that.

Justin was OK with this news. I find that when I make a mistake like this, if I’m honest in explaining my intentions, students get it. They can accept that the adults who are trying their best to help them succeed in school sometimes get things wrong. In this case, once we got past the misstep with the stickers, Justin went on to have strings of very successful days.